Lost Summer on the Gulf Coast As most know, BP mercifully announced their runaway Macondo well is permanently sealed, thus resulting in a lost summer along the Gulf Coast. The Deepwater Horizon saga played out for 153 days and released approximately 4.1 to 4.4 million barrels of oil (nearly 172 to 185 million gallons) into the Gulf of Mexico. It claimed 11 oil workers’ lives, ravaged local economies and coated wetlands and beaches with oil and dispersants.

As a long-time resident of Pensacola, Fla. and having spent much of my life living along the Gulf Coast, the continuing stream of news about the accident creates considerable uncertainty about the environment, local economy and residents’ way of life.

The Wall Street Journal recently reported that nearly half of the oil potentially remains in the Gulf of Mexico. According to the paper, an oceanographer at Florida State University told a government spill commission the oil is now buried along the coast and on the sea floor. Last month, scientists at the University of Georgia echoed similar concerns when they claimed that nearly 80 percent of the oil remained in the Gulf. These conclusions run completely opposite to the U.S. government’s estimate that the oil is degrading at a rapid rate.

In August, the Feds claimed that 75 percent of the oil released into the Gulf “had been cleaned up or broken down.” The government gave much of the credit to Mother Nature, as it is believed that calm/hot weather, evaporation, oil-eating microbes, etc. helped facilitate the clean-up process. Regardless of whose estimate is right, it has been a long, anxious summer in the region – and will remain so for quite some time. 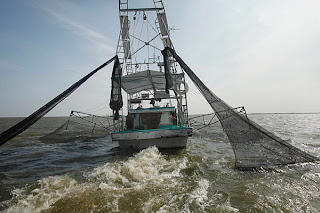 In my conversations with local business owners, some had their sales cut in half during the much-anticipated summer tourist season, and they were already dealing with a recession. Many locals blamed the media for chasing away tourists to other beaches and destinations. The crisis, as noted in my previous column, also sent advertising, marketing and public relations professionals, elected officials, etc. scrambling to dispel the myth that beaches were closed, toxic wastelands. Ad campaigns reached a fevered pitch throughout the summer, but did little in the way to stem the monetary losses.

In the end, the summer was (mostly) an economic meltdown for those I spoke with about the spill. In its aftermath, there remains an ominous cloud of doubt over the Gulf Coast, as to whether the government and BP will fully restore this beautiful, tourist-dependent region and if the economic hangover will last. Many remain skeptical, but only time will tell.